This year, we are setting up Halloween scenes that are triggered by motion. As someone passes by the scene, the scene is triggered. We are using QLab to control our scenes. QLab is show control software for the Mac.

I have had really good success using the Ubiquiti UniFi line of Wi-Fi access points. I use the UAP-AC-M for outdoors. This works well when requiring outdoor motion sensors. For indoors, I use the UAP-AC-PRO and UAP-AC-HD.

I primarily wanted to keep track of the steps I took to set this up.

The following components are required for this setup. 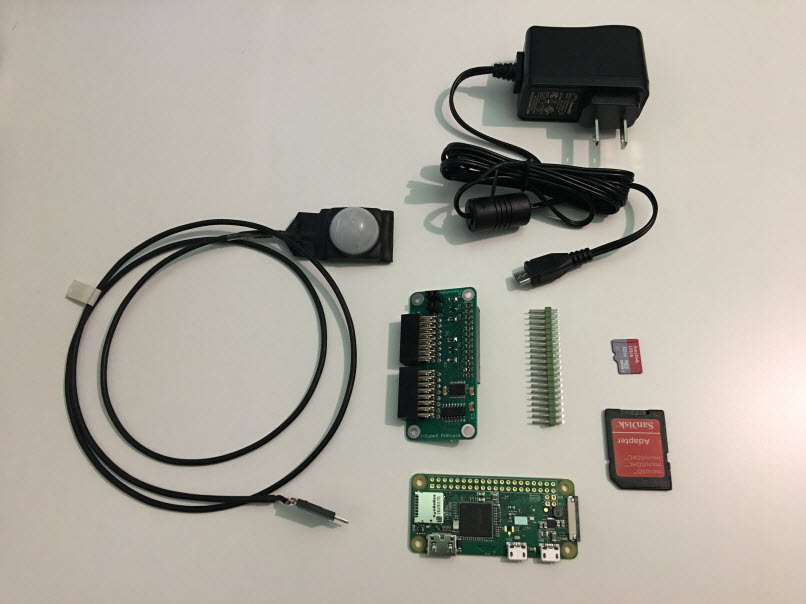 Setup the Raspberry Pi and the PiShield following the directions here. In the case of the Pi Zero, the male header will need to be soldered to the board. The final result should look as follows: 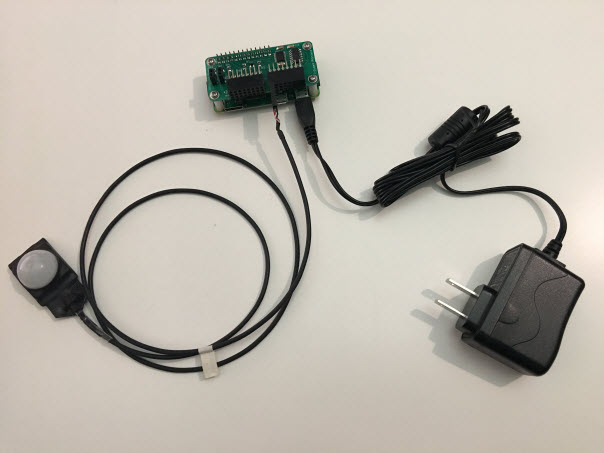 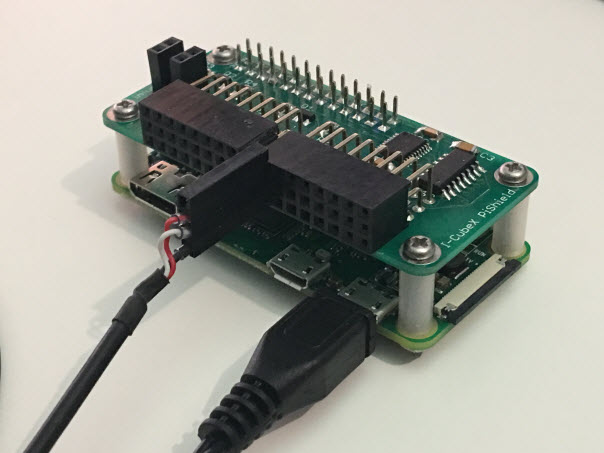 I opted for setting up the Raspberry Pi without using a keyboard or monitor attached to the Raspberry Pi. This simplifies the overall setup as an extra keyboard and monitor is not needed. I referenced this blog post for initial information.

You can download Raspbian image from here. Download Raspbian Jessie with Pixel. The Lite version may work, but I have not tried it. At the time of this writing, I downloaded the April 2017 version. 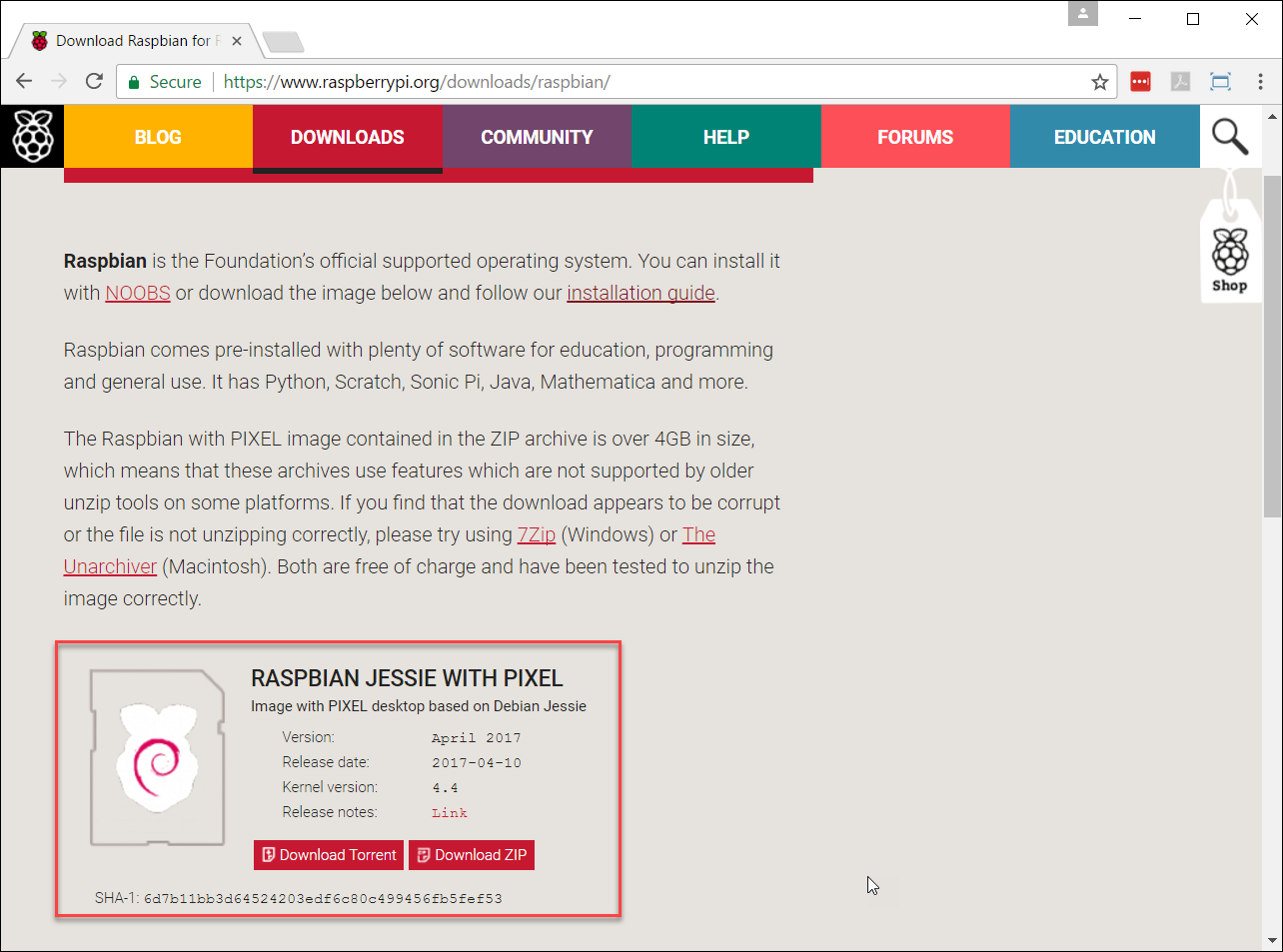 Unzip the downloaded file. You should have an .iso file similar to the name 2017-04-10-raspbian-jessie.img

The Raspbian image needs to be written to the SD card so the Raspberry Pi can boot off the image. Win32 Disk Imager can be used to write the ISO image to an SD card on Windows. Etcher can also be used which supports Mac, Linux, and Windows. Instructions are here.

In order to initially allow SSH access to the Raspberry Pi, an empty ssh file needs to be added to the root of the boot partition on the SD card.

To support Wi-Fi, create a wpa_supplicant.conf file that contains your Wi-Fi settings. This file also needs to be added to the root of the boot partition on the SD card. The contents of the file should be as follows:

Update SSID and PASSWORD with your Wi-Fi info. Add the files to the root folder of the SD card: 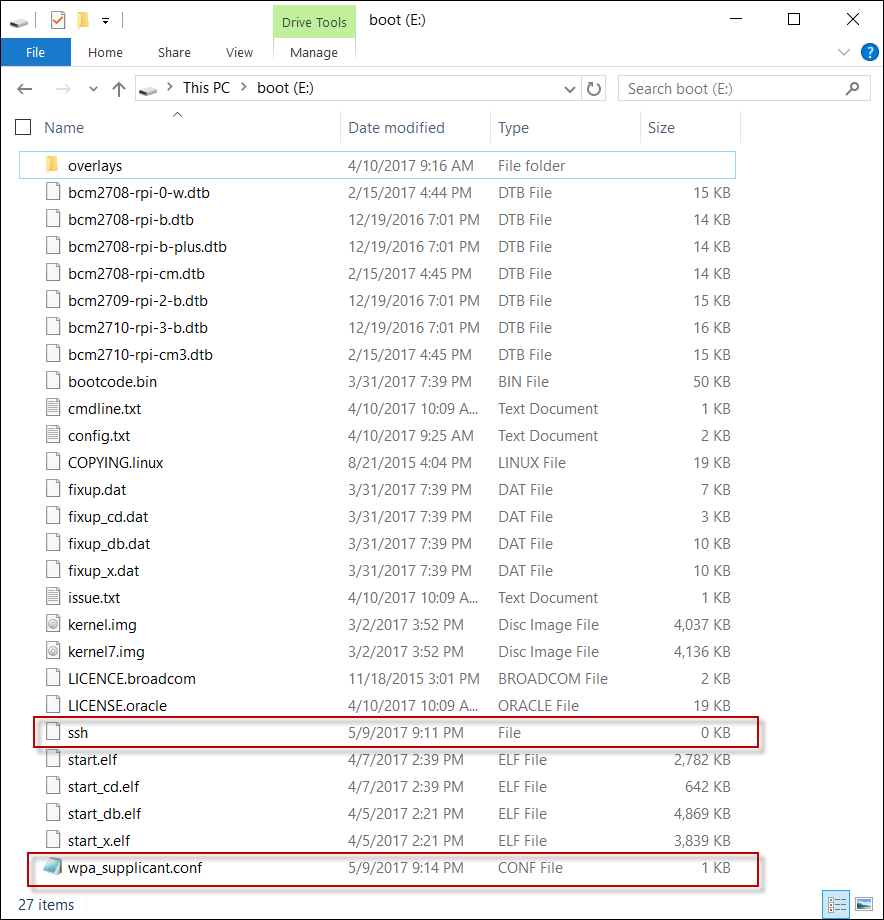 Step 5: Determine the IP address of the Raspberry Pi

You can use an app such as Fing to discover the IP address of your Raspberry Pi. Alternatively, you can look at what IP address your router assigned to the Raspberry Pi. Remember this IP address as you will need it later. 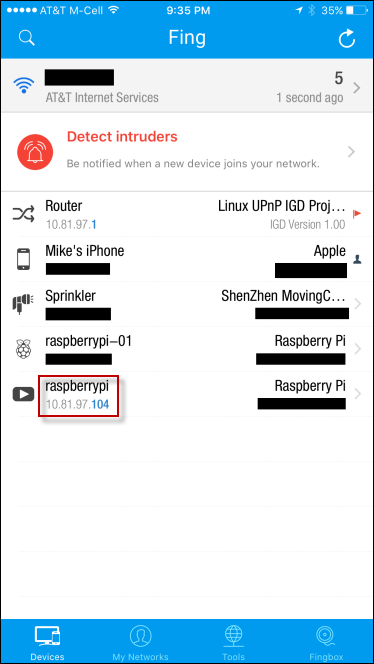 We need to configure and install the appropriate software onto the Raspberry Pi for the setup to work.

Step 1: SSH into the Raspberry Pi

Because we are using a Headless setup, we will setup and configure the Raspberry Pi over SSH. Putty is the Windows client I typically use for SSH sessions. Connect to the Raspberry Pi using the IP address previously discovered. 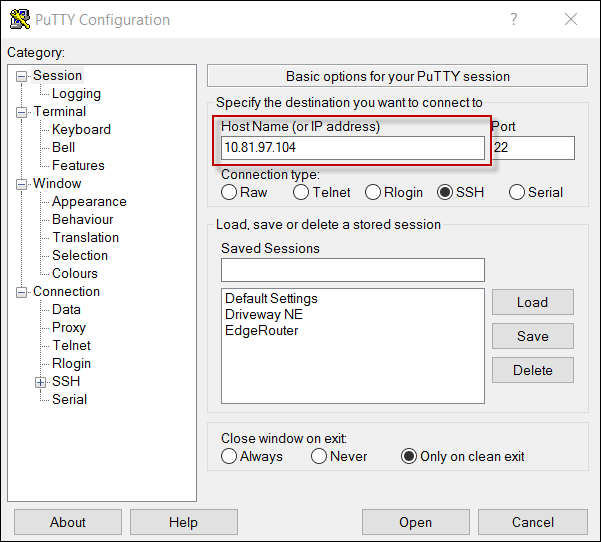 The default credentials are: 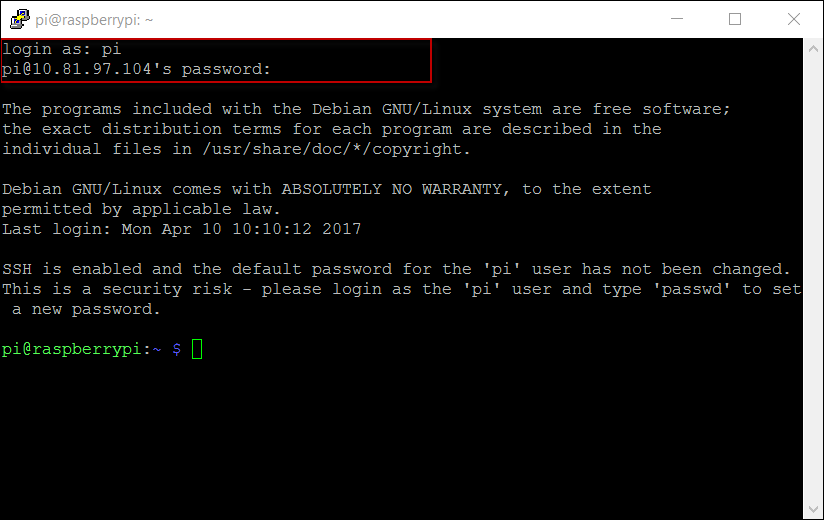 Set the clock. The current date cannot not be too many days off, otherwise the NTPD (automatically sets the time) service will not set the actual date. Set the date to the current date: Note: replace 2017-05-10 with the current date

Configure the basic settings of the Raspberry Pi. Run the following command: 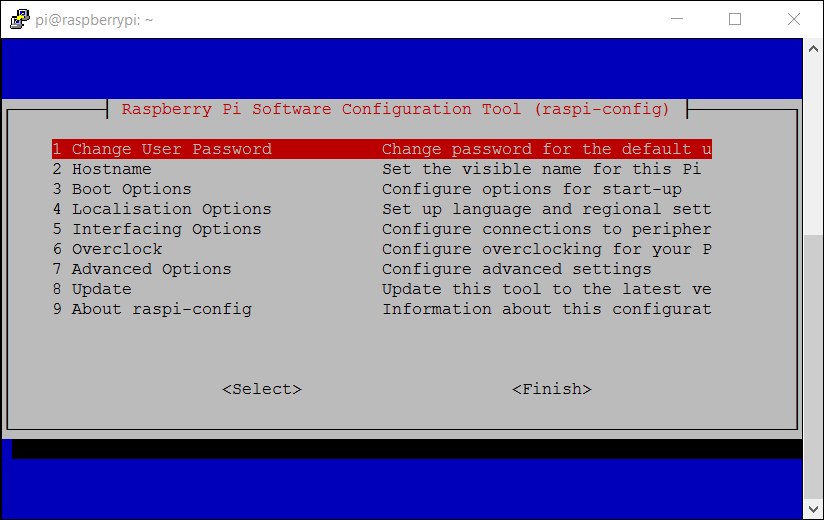 Reconnect to the Raspberry Pi after reboot via SSH.

Make sure Raspbian is up to date. Run the following commands:

Node-Red comes pre-installed on Raspbian with Pixel. We need to update Node-Red and install required add-ons.

To upgrade Node-Red, run the following command. This may take a while.

Create the .node-red folder to hold the add-ons

Start Node-Red in background (Node-Red will start automatically on next boot.)

Now, we need to configure Node-Red to read the motion sensor(s) and send OSC commands to QLab.

The examples below cover 1 motion sensor. Multiple sensors can be used following the same process.

Node-Red runs on the default port of 1880. To access node-red open a browser and navigate to http://[Raspberry Pi IP Address]:1880/.

Note: use the IP address you determined earlier. 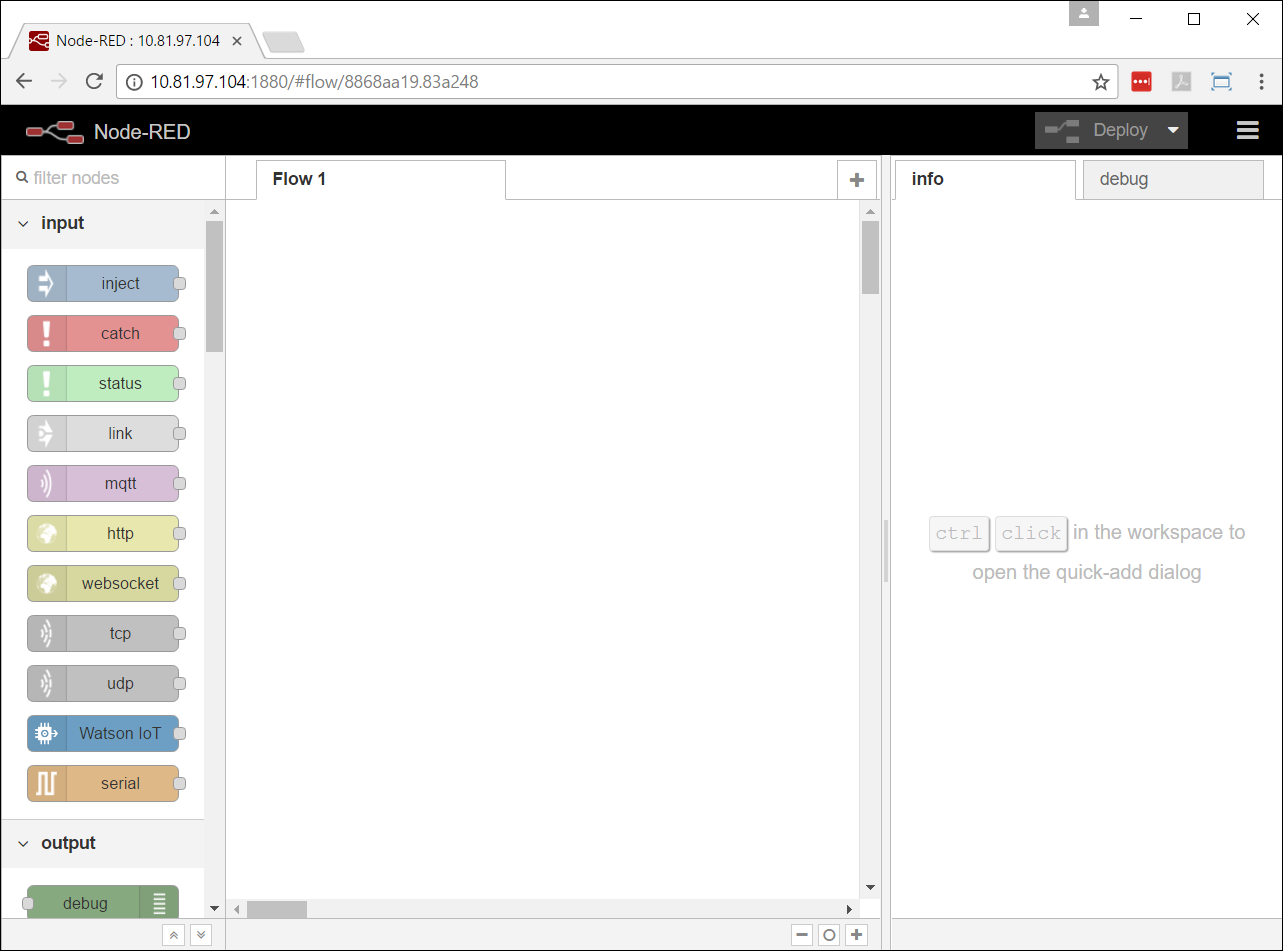 First we need to acquire the values from the motion sensor. I followed the example from here to get started. 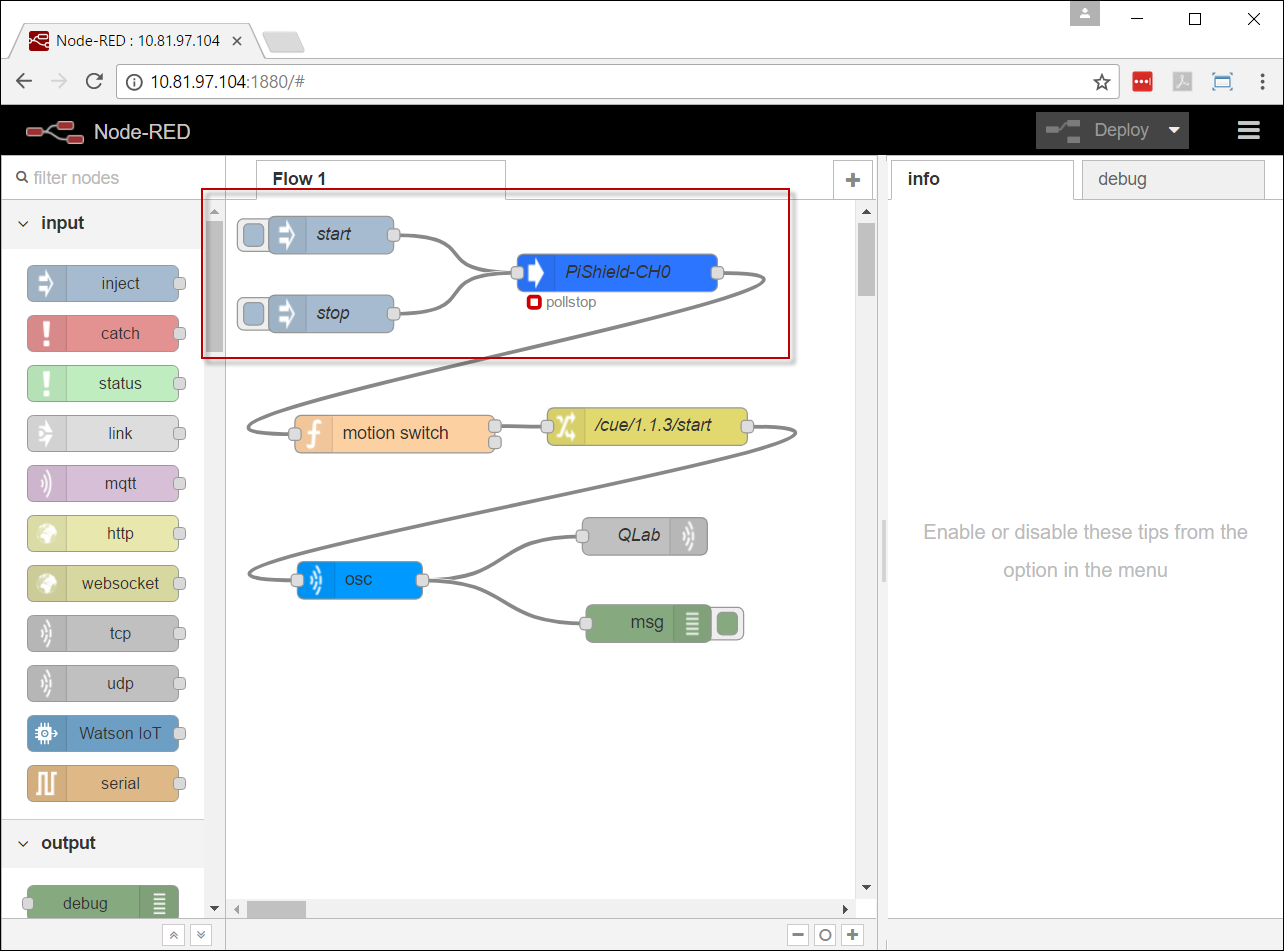 The start and stop are

nodes with the following settings: 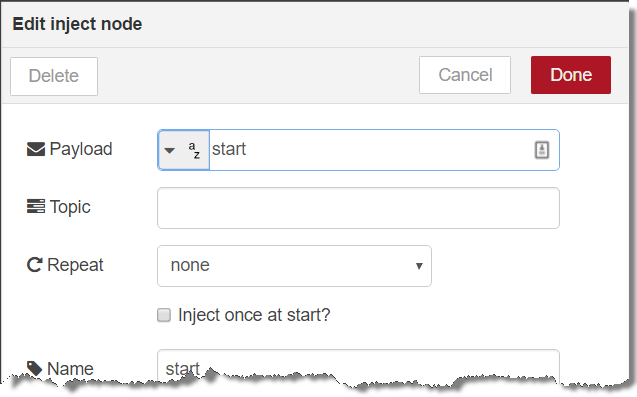 node with the following settings: 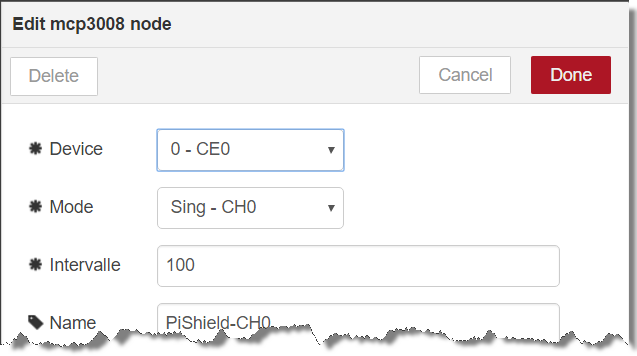 The Mode field is set to read the sensor plugged into channel 0.

Remember to always click start for everything to run.

The next step is to use the results from the sensor acquisition to send OSC commands. The mcp3008 node polls the sensor(s) every 100ms and the value(s) are sent to subsequent nodes. The resulting values need to be interpreted into motion or no motion. Only the transitions between motion and no motion should be passed on. The transition from no motion to motion, can then be converted into an OSC message and sent to QLab. 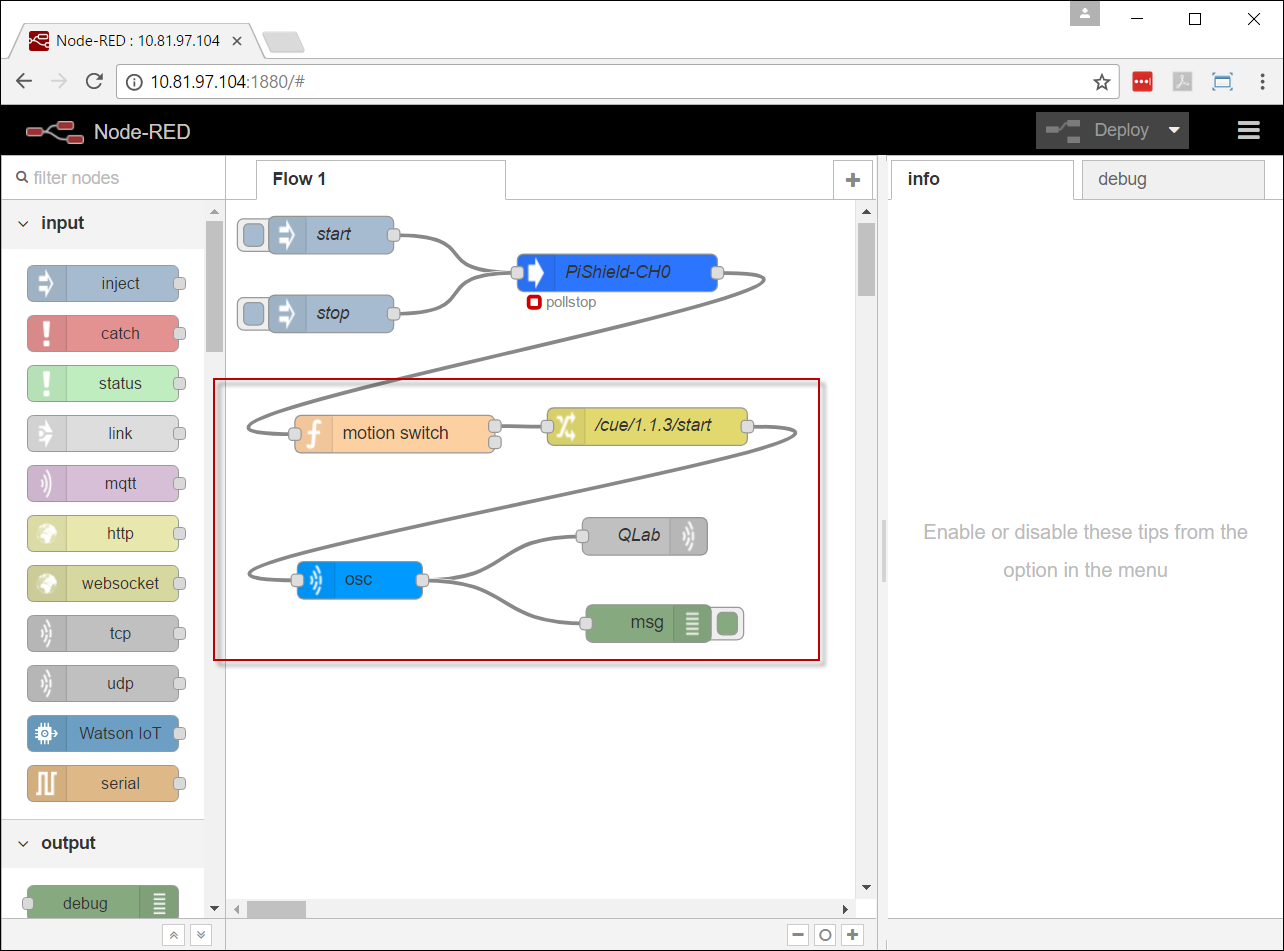 The motion switch is a 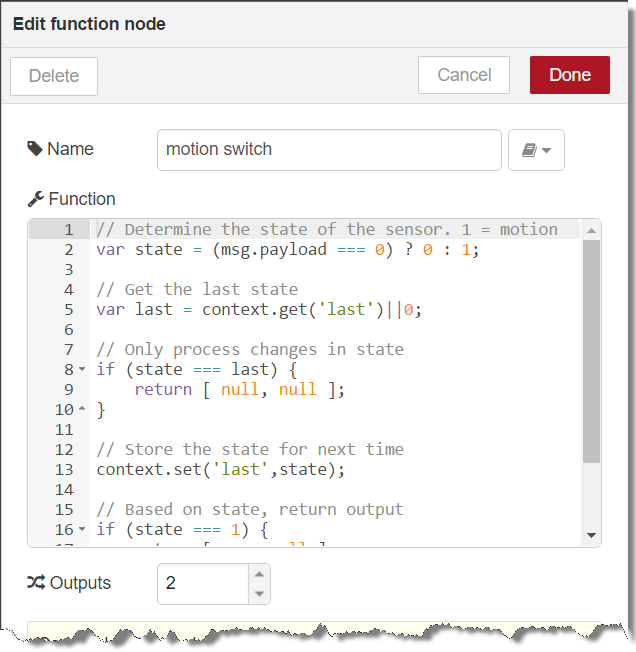 The complete code is

I used this reference to develop the code.

node that converts the message to OSC data. The OSC Path is set using msg.topic. In this example, the payload is not needed. It is connected to the motion started output of the motion switch node. The settings are as follows: 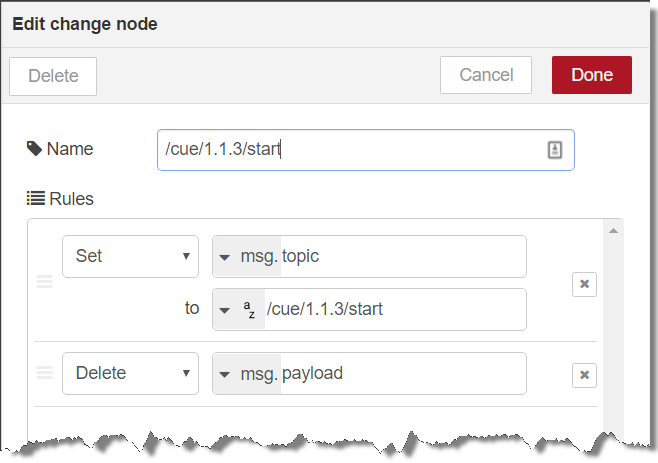 I used this and this reference to determine the OSC message to send to QLab. In this case the message triggers playback of cue #1.1.3 You can update this to whatever OSC command you want to send to QLab.

node converts the data to an OSC message

Finally the QLab node, which is a

, sends the OSC message to QLab. This the IP Address and OSC Port of QLab are registered here. Use the same method to get the IP address of the QLab Mac as used to determine the Raspberry Pi IP Address. Port 53000 is the default port QLab uses to receive OSC messages. Here are the settings used in my case: 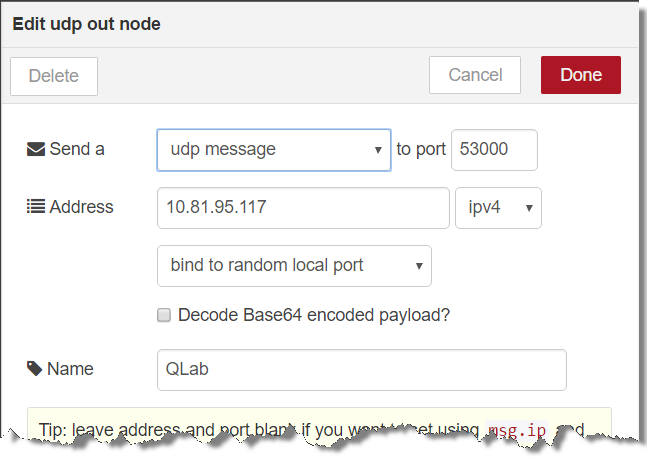 button to save changes.

The complete Node-Red settings are as follows:

Previous: How to Improve the Performance of Your Sitecore Websites